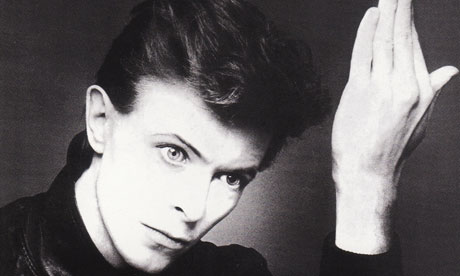 Just enjoyed a nice couple of days down in Melbourne and took in the ‘Bowie Is’ exhibition at the ACMI.  He operates in a different world to most of us, but his creativity transcends barriers and lawyers could and should learn a lot from  him. Here’s what I came up with:

Get personal with your personal brand

With Bowie, its always about more than the singing or the song: its about the man himself. It should be the same for lawyers: let people know the real you behind the expertise and the lawyering. Add a new dimension to your personal brand that really differentiates you.

Whether it be Ronson, Fripp, Yamamoto or Garson, Bowie always seemed to get the best out of those he worked with, and this was key to his success. For law practice principals, the same is true. Investing time in your people so they perform to their maximum potential will be one of the most important drivers of your success.

Steal others’ ideas, but make them your own

Bowie was always  bit of a thief, stealing riffs, melodies and ideas from here, there and everywhere. He got away with it because he never just copied, he always added his own ideas, or combined ideas to make something genuinely new. Its fine to steal an idea from another practice – but try and add something new whilst you’re doing it.

Take inspiration from other disciplines

In spite of the current rapid change, law remains a fairly conservative industry/profession, and much of the change we’re seeing now was occurring years ago in other markets. To really innovate and get ahead, you probably need to look outside law.  It was the same with Bowie and music: in spite of the often rebellious image, rock music can be seen as being quite conservative in terms of ideas. Bowie saw this and stole from film, art, literature and more. For lawyers, it might be accountants, IT or retail, but these all have good ideas for lawyers.

Don’t be afraid to alienate the majority

If you want to really differentiate yourself, you have to accept that you won’t appeal to everyone. Accept and embrace this. Bowie was never for everyone, but this only made him more valuable to his fans. The legal market is now mature and success increasingly lies in appealing to ever smaller minorities.

Fight the good fight against the growing commoditisation of legal services by reframing or re-presenting the ‘same old’ legal offerings. Find new ways of doing the same old things that add value or are appealing to your clients. At its core, it may just be the same old will / conveyance / commercial lease / 3-chord, 3-minute rock song, but by changing the look and presentation, you’ve created something new.

What worked for you yesterday is not going to give you the same success tomorrow. Never get complacent and stop trying new things (remember the 80’s David). If you’ve tried a number of different things and its still not working out for you, the most sensible route might be to grow your hair, put on a nice dress and make a heavy metal record: you know it makes sense.

Those were the main things – and I didn’t even talk about the embrace of new media, or his securitisation innovation.

Any more Bowie fans out there with lessons for lawyers?

Sorry, the comment form is closed at this time.